The boys are already 10 weeks old. They are so much more alert now and coo’ing and smiling lots. Big brother just wants to cuddle with them all the time. It’s actually very sweet (until he forgets that they’re human and he can’t smush them like he does to his teddies).
We are attempting to get into a routine but it is going to take some time since I’m trying so hard to keep both of them in sync. Our current twin schedule looks something like this:
6:30AM – Early Morning Feeding
Usually one more quick nap
8:15 – Another Feeding
I hop in the shower after this and scramble to get myself ready and get breakfast lined up if hubby hasn’t done it already.
8:30AM – Our Mother’s helper generally arrives and starts prep work in the kitchen
Babies are generally awake for about an hour or so.
10:30AM – A quick nap (sometimes another feed around this time too)
11:30 – Time for another feed  (or two or three) and more awake time
1:30PM – Time for the long nap. I try to get them to nap by 1:30 so that I can put big brother to sleep after this.
Sometimes they wake up one at a time in between to snack but generally go back to sleep
4:30PM – this when everyone generally wakes up, most of the time scattered by 15 mins or so which really helps because the hunger level is fairly high and food is wanted ASAP.
Then they’re generally awake, with maybe a short cat nap somewhere in between and lots of cluster feeding.
7:30PM – Try to do the final feeding before bedtime
8:00PM – Lights out, prayers and bedtime
Last few nights we’ve been lucky to get a longer stretch after their bedtime. But they wake up 1 to 2 times thru the night which is not bad at all.
It’s been an exciting week because over the weekend we brought them downstairs for the first time. It was definitely a bit overwhelming with the amount of things going on downstairs from overall kitchen tasks, to big brother playing to just life! But we are slowly trying to transition to what normal day -to-day would be like. Settling into a routine would be great so we can slot in activities for big brother accordingly. 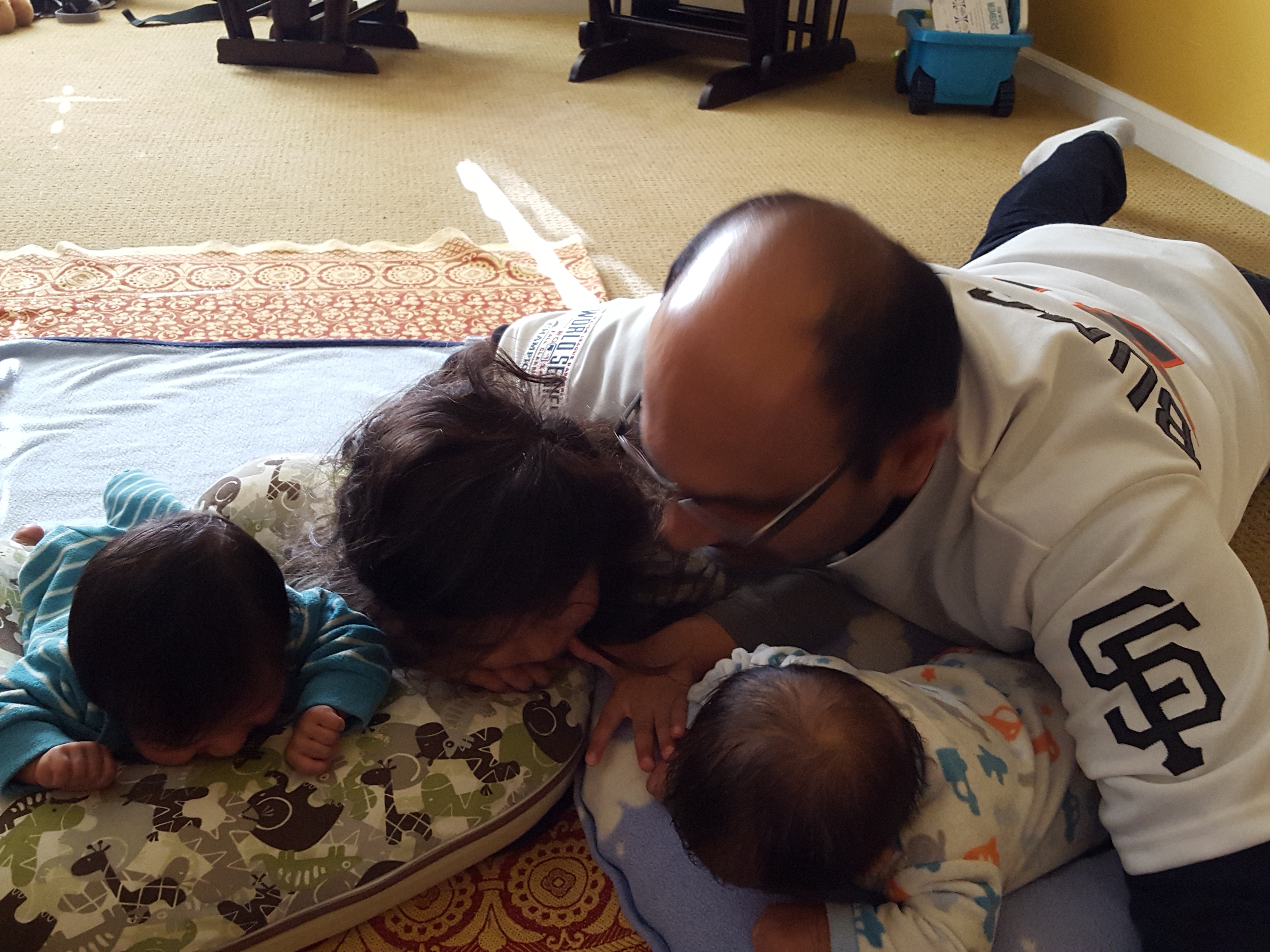